Can I Ask My Butcher for a Specific Cut of Meat? 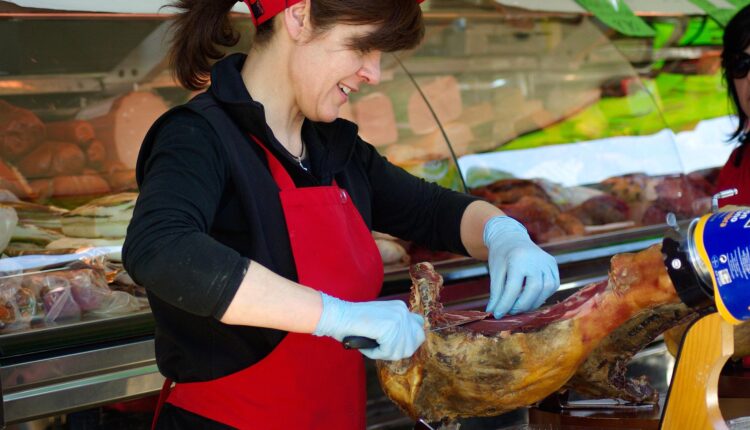 When you visit a whole animal butcher shop, you can ask for either standard cuts or request special cuts, depending on your needs. A cow can be divided into eight primary regions: chuck, rib, round, loin, short plate, flank, shank, and brisket. You’ve probably heat of brisket, flank steaks, ribs, and chuck roasts. Here’s an overview of the eight parts and unique cuts to help you know if you’re getting the most from your bovine, steer, or heifer:

Steers and cows have a pair of 13 ribs, but the primal section runs from the 6th to 12th rib. The rib section has marbling, which gives it the infamous flavor and tender cuts when barbequed. You can request different rib cuts, including Delmonico steak, cowboy steak, boneless rib-eye roast, and beef short ribs. Other popular cuts include rib roast and short ribs.

The plate is the region near the abdomen and features short ribs and a lot more fat than the primal ribs. You can request a plate cut, popularly in pastramis, fajitas, and Philadelphia steaks. Plate cuts also provide short ribs and skirt steak (Asada cut). The carne asada has a reputation for being one of the most flavorful parts of the animal.

The brisket is another special cut of meat taken from the breast of a steer. Briskets can also come from a cow, but steers grow larger and offer more meat per animal. The brisket has a lot of fat but tends to be tough, so most people tenderize it before cooking. Briskets are popular in corned beef, barbeque briskets, and pastramis. You can also grind it for a hamburger.

You should ask the butcher to cut from the shank if you fancy soup bones and broth. The cut is from the animal’s forearm, in front of the brisket. Shanks are the toughest cuts of meat because they cover the bones, but you’ll be surprised how much meat is on the bone. You can make a broth or boil the cut whole, separate the meat from the bone and use it to prepare soup. The shank is also quite flavorful.

The round cut is inexpensive meat found by the hind end and legs. Such cuts are lean and sometimes tough but not as tough as the shank. Unique cuts from the round section include round steak, tip roast, and the eye of round. Your butcher can also provide a tip steak, top round, bottom round roast, and boneless rump roast. Round cuts can be ground for a hamburger.

The flank is a boneless region below the loins, so you can expect a lean, flavorful cut. It tends to be tough, so you’ll want to grind the cut. You can get two cuts from the flank: flank steak and London broil. The flank is inexpensive and perfect for ground beef patties, kabob, and stew. You can also use it for fajita strips and carne asada cuts.

If you want the best cuts from a steer, heifer, or bovine, you should visit a whole animal butcher shop. Butchers can produce different cuts for every recipe, so don’t be afraid to ask for a particular section. Stick to trustworthy butcher shops that can guarantee 100% organic produce and meat from healthy, locally raised animals.

1. ChuckBrisketCan I Ask My Butcher for a Specific Cut of Meat?FlankLoinPlateRibsRound
0
Share

Everything You Need to Know About the Service of Delivering Cannabis

Do I Need to Bring Anything for My Wedding Photographer on the Big Day?